Susan E. Lawrence, M.D., Esq. is a nationally renowned innovator, physician, lawyer, and  nonconformist policy advocate connecting the impact of individual childhood trauma with our most serious societal and global problems.  She is an advocate for all those wounded by childhood trauma who are enduring life without parole sentences, whether through physical confinement in prison or emotional confinement as a result of experiencing irreparable harm.  She is also an expert in the impact of psychopathy on criminal justice reform and society.

A native of Brooklyn, New York, Susan entered Barnard College at the age of 14 to escape childhood abuse and trauma within a troubled family. Susan chose to attend Baylor College of Medicine determined to become a heart surgeon, but a rotation in medical oncology drew her to work with the terminally ill. She became a board certified internist and medical oncologist and opened her practice of medical oncology in Lancaster, California, in 1985.

When many local doctors declined to treat people living with AIDS, Susan welcomed those patients into her practice, in part because of her own childhood experiences of having been treated as an outcast. In 1992 she and her husband, Sonny Bartz (who died of AIDS the following year), launched The Catalyst Foundation, a California nonprofit organization providing medical care, support services, and advocacy for people living with HIV/AIDS.  Susan closed her private medical practice and became Catalyst's first full time Executive Director.

Shortly before his death, Sonny made a profound observation.  "I'm not dying of AIDS," he said, "but of the delayed effects of child abuse."  This insight, now supported by the firm scientific evidence of the Adverse Childhood Experiences (ACE) Study, started Susan on her path of exploration into the devastating effects of widespread childhood trauma on society and the world, far beyond the AIDS epidemic. Susan became a nationally known expert and sought after lecturer on this topic, providing educational programs nationwide for diverse audiences including the Mayo Clinic, the San Carlos Apache People, and California maximum-security prisoners.  In 2007, Susan published her award-winning book, "Creating a Healing Society:  The Impact of Human Emotional Pain and Trauma on Society and the World."

It was through her work with prisoners that Susan learned about LWOP (life without parole) sentences, and how they are a massive human rights crisis perpetuated in plain sight in our country as well as a profound manifestation of the impact of childhood trauma on society.  She was drawn to this work in part because of her own history of childhood trauma, the aftereffects of which had created a life sentence of sorts without the possibility of reprieve.

Starting in 2004, Susan worked collaboratively with LWOP prisoners on a variety of prison and sentencing reform projects, including the rehabilitative Honor Program concept in California prisons, in which she supported Senate Majority Leader Gloria Romero's 2007 bill (SB 299) to expand such programs statewide.  Catalyst was a prize-winning finalist in the prestigious 2008 James Irvine Leadership Awards for the work of Susan and her collaborators in this important endeavor.  In 2008, Susan began working closely with a leadership team of LWOP prisoners to found and manage the Other Death Penalty Project, a nationwide campaign to organize LWOP prisoners to work together to end this cruel sentence.  She served as the Project's free-world liaison until 2018.

In 2013, Susan made the difficult decision to leave Catalyst and attend law school, as she believed absent the training and status of a lawyer she could not be as effective as she needed to be to make an important difference in ending LWOP.  After graduating summa cum laude from Concord Law School in 2016 and passing the California Bar Exam the following year, Susan launched the nonprofit Center for Life Without Parole Studies, which she currently directs. Through the Center, Susan advocates for the ending of LWOP sentences nationwide (she is currently working on legislation in Vermont), and assists people in California serving LWOP with low-cost and pro-bono legal services focusing on commutation applications.

Prior to becoming a lawyer, for close to a decade Susan played a vital role in securing clemency and freedom for one LWOP-sentenced man.  She treated him as a beloved brother, believing him to be decent, honorable, and fully rehabilitated.  Shortly after his release, and at a time in which Susan was critically ill and facing death, he cruelly and callously betrayed her trust.  Upon her recovery, Susan was horrified to learn that what she thought was a loving family relationship had in actuality been a meticulously calculated, deceitful, and insidious manipulation for but one purpose:  to free himself from prison, while making his life inside as comfortable as possible until that happened.

This experience created an extraordinary crisis of faith, calling into question Susan's desire to continue to end LWOP, work with prisoners, and even whether real rehabilitation and redemption is possible.

After deep reflection, Susan refused to allow the actions of one man to force her to turn her back on the tens of thousands of people in prison sentenced to LWOP, who should not be judged by his brutality and lack of integrity. Instead, she chose to continue to conduct herself honorably and with dignity in the face of unspeakable cruelty, and redoubled her efforts to end this inhumane sentence and bring awareness to the myriad faces of LWOP.

However, this experience fundamentally changed Susan's system of meaning and view of the world.  From the very beginning of her work, Susan ardently believed that all human beings were capable of redemption, including those in prison who had committed the most heinous of crimes.  She was passionate in her conviction that "we are all worth more than the worst thing we've ever done."

After this devastating betrayal, Susan was no longer convinced that all human beings could be redeemed and rehabilitated. While many, if not most, people possess this capacity, there is a distinct subset of individuals who do not.  These are the psychopaths, those who are without conscience.  Susan was driven by the agony of this experience to make sense of what had happened to her, and ultimately launched a new project called "Psychopathy and the Redemption Dilemma," a public education campaign about the role of psychopathy in creating evil in our world and what we can do to mitigate it.

Susan is at work on her second book, tentatively titled, "Psychopathy and the Redemption Dilemma," which is the story of how she became a maverick in the prison reform community, continuing to advocate for ending extreme sentencing while at the same time teaching about the need for widespread education about psychopaths in order to reduce the damage these intra-species predators inflict on humanity. 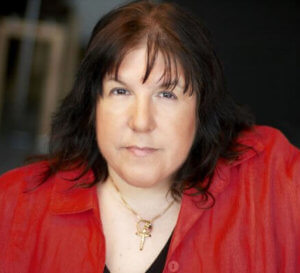 Creating a Healing Society: The Impact of Human Emotional Pain and Trauma on Society and the World

Childhood trauma as the root cause and driving force of societal and global problems.

I Helped Free a Man From Life Without Parole. Then He Turned on Me.

I believed I was helping an honorable, decent man — until he was released from prison.